Rotten Tomatoes recently did a site redesign. It looks a lot shinier, but it broke my primary use case. Here’s what I used to do when I went to the page for a particular movie: 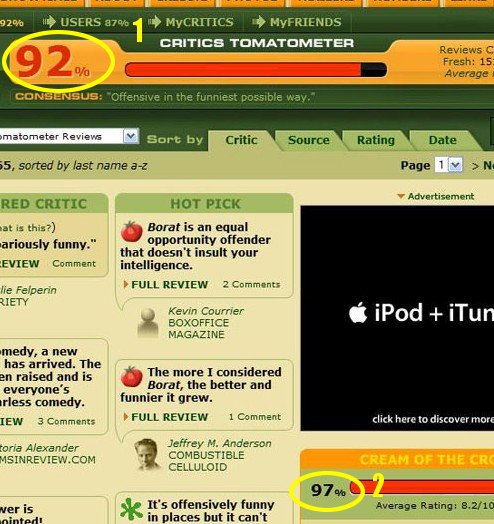 Now, with the new Rotten Tomatoes site, my workflow has changed to this: 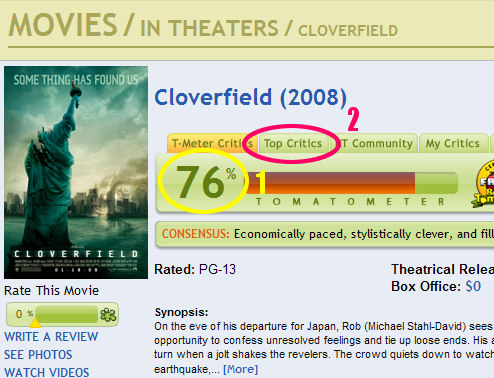 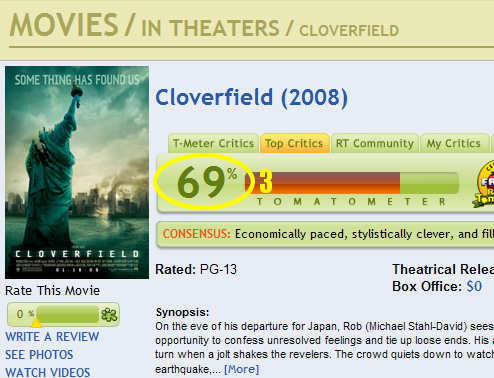 I like this workflow a lot less because it creates three negative effects for me:

I can think of three reasons why the new layout was done the way it was:

If I had to guess, I would give RT the benefit of the doubt and say that they made the change for increased usability. The site does a lot of things right when it comes to usability, so they probably got this right, as well. It still annoys me when I have to use it, though.